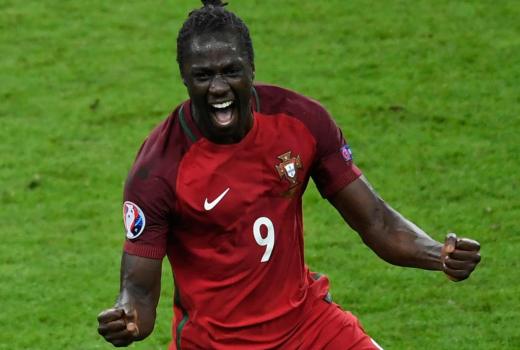 Eder Africa or Europe – why do so many ‘African’ footballers play for European teams?

In the end, the European Championships were decided by Eder – a 28 year old born in the tiny West African country of Guinea-Bissau. His extra-time goal spoiled France’s party in Paris, as the hosts lost in front of their partisan crowd. France have caught many fans eyes, not just for their flair, but for the number of players featuring for Les Bleus who are of African descent. The murmurs have grown as France have progressed in the tournament, but on Sunday night, when Elder poured the punch down the sink and tore down the party bunting, the murmurs were now questions: why do so many footballers of African origin playing for European countries?

Ultimately, it’s a question of dual nationalities and citizenship. The migration of people from Francophone countries to France is very common, so the African influence on France should come as little surprise. French’s Ligue 1 could be mistaken for a West African soccer league. But the likes of Spain, Belgium, Sweden, England, Germany and eventual winners Portugal have players who could have played for other countries. Diego Costa (Brazil), Ibrahimovic (Croatia/Serbia), Mesut Ozil (Turkey), Nani (Cape Verde), Romelu Lukaku (DRC) and also Delle Alli, Ross Barkley, David Alaba (Nigeria). Eder himself was born in Guinea-Bissau, a country of less than 2 billion, and only acquired Portuguse citizenship in 2012.

Les Bleus or Le Black?
Yet the migration of players is most notable in France. Most of the famous French players who have featured for Les Black Blues are playing for France because they are born in France (surprise!), but have enough African blood running through their veins to paint the Eiffel Tower red. From Paul Pogba (born to Guinean parents) and Samuel Umtiti (born in Cameroon) to Moussa Sissoko & N’golo Kante (born to Mali parents), Bacary Sagna (Senegalese parents), Blase Matuidi (Angolan father) and Patrice Evra (born in Senegal).

Previously, we had players like Zidane (Algeria), Vieira (Senegal) and Claude Makelele (Congo), Desailly (Ghana). Of the current players in the French squad, some had the chance to play for an African country. Kante turned down Mali in 2015, before making his debut for France in 2016 after a great club season. Umtiti said ‘No’ to Cameroon’s advances in 2014. Evra claims he followed his heart in choosing France over Senegal, and later lamented receiving racist abuse while on a visit to Senegal. Matuidi’s parents fled civil war in Angola and he could have even chosen Belgium, ahead of France. Pogba plays for France, his two twin brothers Florentin and Matthias have been capped by Guinea.

Yet there are hundreds of footballers in a similar situation who have chosen the opposite route: born in France, but playing for African countries. The most notable names are Pierre Emerick Aubameyang (Gabon), the Ayew brothers (Ghana), Frederic Kanoute (Mali) and Demba Ba (Senegal). These players knew that they stood a better chance of playing international football if they choose the African option.

FIFA Eligibility Rules
The FIFA rule book gives the best grounds to understand dual nationality decisions. Since 2004, these rules have been stricter and can be seen in Regulations on Eligibility to play for representative team: especially Article 5, 7, and 8. For simplicity sake, I will will use Senegal and France as an example, but the following are some factors that come into play:

There are obviously variations depending on individual countries’ immigration/citizenship rules & complex legal interpretations that will affect individual cases.

It is a broad question that has no definite answers. In fact, it raises further questions: Are the (semi) African players symbolic of other precious local resources taken out Africa and seen as valuable in the West? Is France’s economical and political influence still so huge that it affect the migration routes of Francophone countries (Britain had as many colonies as France, but not as clear an African migration trail)? Should CAF (the Confederation of African football) be doing more to attract players with African roots to play at home? In the end, it is a decision that a player takes personally, and like any immigrant-related decision, it is influenced by family, friends, economic opportunity, personal ambition and the law.

2 thoughts on “Eder Africa or Europe?”